My first time climbing a glacier

I had never climbed the high mountains when my friends asked me to join them on a two-day outing on Mount Adamello, accompanied by two alpine guides, Manuel and Emanuele. So I decided to really step out of my comfort zone with crampons, an ice axe, rope and a heavy backpack.

On Sunday 12 July at about eight in the morning, we set off from the Passo del Tonale and took the ski lifts up to Passo Presena. Before this, we checked our gear at the car parking area, where I realised that my backpack was extremely heavy, with loads more stuff than I needed.

From here we descended for around an hour and a half before getting to the Mandrone Refuge. Next, we continued walking towards the Mandrone Glacier, first following a SAT route, then traces of an unofficial path to get to a walkway crossing the stream, which comes from the glacier. 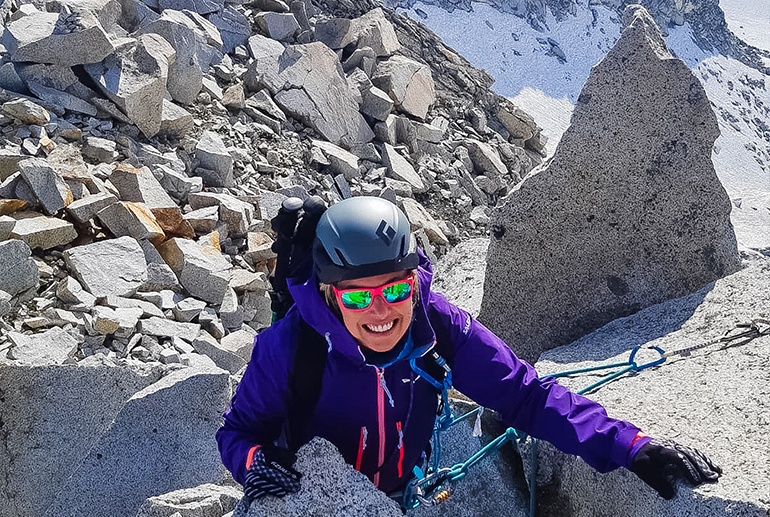 Here, we readied ourselves to cross the glacier. We split into two groups. We put on our crampons, helmets, trousers and softshell jackets. We covered ourselves in sun cream and put on our sunglasses.

High mountain trails require good technical preparation, and thus the ability to proceed on mixed terrain and glacier. Above all, it is necessary to figure out the best route among the many crevasses, especially later on in the season.

We found the best route for tackling the glacier to our left, until we reached a snowy ramp that led us to the Passo della Lobbia Alta and the Ai Caduti dell'Adamello Refuge (3040 metres). 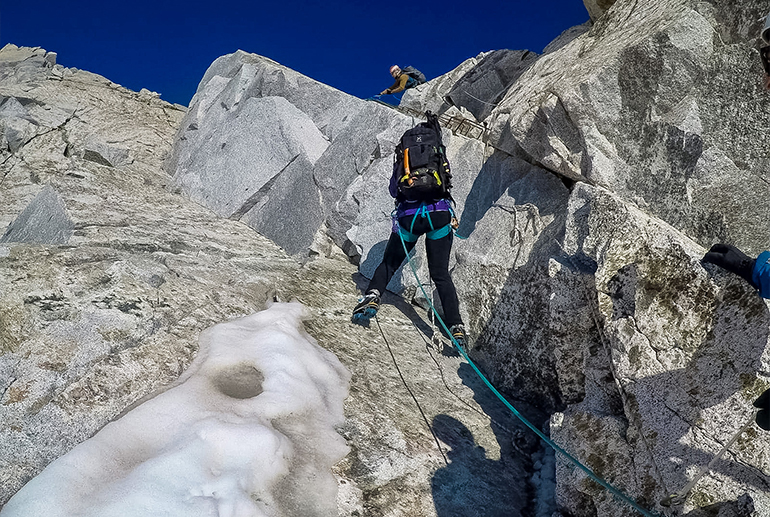 At the base of the hut, we decided to stop for a mini training course, where we learnt the tying-in techniques for glacier travel, anchoring with ice screws and on snow using the snow fluke, handling the manoeuvres for retrieving a companion in case of falling into a crevasse, crampon techniques together with the use of an ice axe and the main knots that are useful for safely climbing a glacier. The day is over.

The next day’s sunrise was an intense pink colour which, slowly but surely, shifted towards warmer hues of orange, until lighting up the highest peaks of the mountains first, followed by the entire panorama around us. 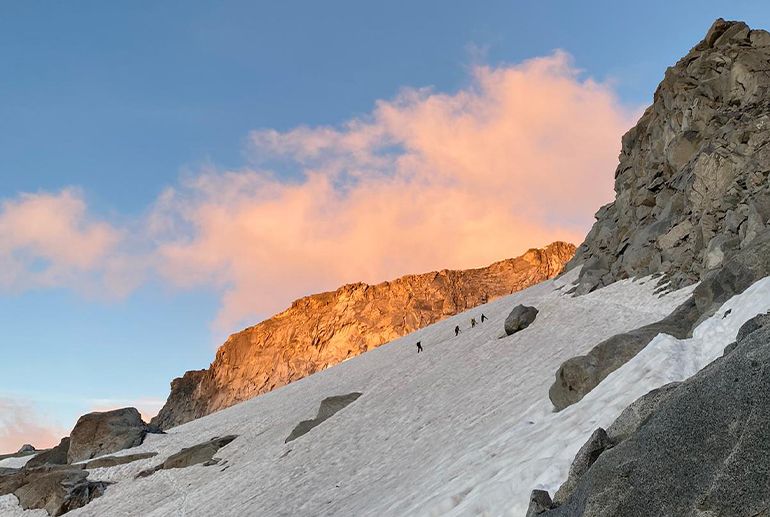 We started walking towards the Passo della Lobbia, then crossed halfway on the snow and climbed in the direction of Cresta Croce, our destination, until we came to an evident wall that was partially fitted out.

Tackling a rock face with crampons, even if it has a few anchors in place, is anything but insignificant: at the beginning, I was struggling a little, then I got used to the terrain and felt more relaxed.

We continued towards the crest, in the direction of the evident cross adorning the peak, and reached the summit that is also known as Punta Giovanni Paolo II (3307 metres), as it is marked by the famous granite cross to commemorate the Pope's visit to these places. This is one of the peaks of Mount Adamello that was most involved in the First World War. From here we can admire a stunning 360-degree view that spans from the peak of Mount Adamello to the Presanella and the summits of the Ortles Cevedale Group, until reaching the unmistakable skyline of the Brenta Dolomites.

We continued along the crest, partially fitted out with iron steps and a few bolted anchors, until we arrived at the famous 149/G howitzer, the only piece of artillery that remains on the Adamello front. This gun, nicknamed "Hippopotamus", is now a national monument. 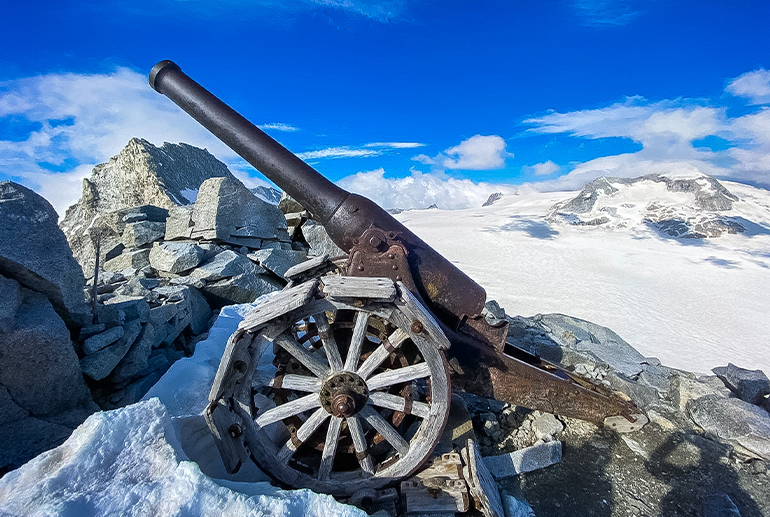 From here onwards, we breathed a sigh of relief as the difficulty decreased. We descended to the Pian di Neve to have a drink and eat a few biscuits and some chocolate.

And then we were walking back, tackling the Mandrone Glacier once again, going down until we found the route that we had taken the day before. We followed the entire route from the first day, until we got to the Mandrone Refuge. We walked quickly to be sure of catching the last cable car leaving at four o’clock, which would take us back to the Passo del Tonale.

It was a beautiful experience, yet undoubtedly challenging and not for everyone, amounting to a total of 23 km and 1800 metres of climbing over two days. 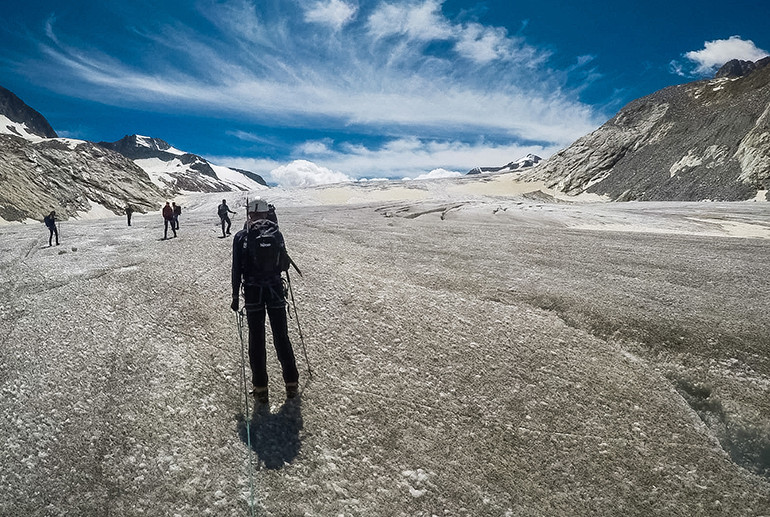