Crossing Chile with a bicycle and a pair of skis

There are over 200 volcanoes in Chile and we picked six of them, those that research revealed to seem the most beautiful and truly worthwhile to see.

We left Italy on a scorching 15th of August and we woke up after an 18-hour flight to the cool air of winter in Santiago, where the first leg of our plan awaited us: Termas de Chillan.

The very moment we touched ground in Chile, we realised that the painstaking and detailed plan that we had prepared would be practically useless. We were immediately introduced to the rain, friend and enemy alike, that was to be our companion for some time. The same rain that entered our very bones during the many kilometres travelling on our bicycles, that had gotten us dirty with the mud from the puddles, made us laugh and lose our patience, but it also made room for the sun that presented us with colours and rainbows that took our breath away.

Day one and the first change in the schedule

We set off with our sights set on the first goal on the map, but the terrible weather prevented us from beginning our ascent and we were forced to continue on towards our second goal: Antuco.
The first few kilometres on the bike helped to breaks us in. The bike was heavy, but knowing that everything I needed on this trip lay beneath my seat made me feel like one of the happiest people in the world. We ran into some wind when we reached our destination, so we waited a while before trying to climb in the hope that it would die down, and it did. We made our way between one old crater and another, beneath a blue sky and a warm sun. I smiled as I turned to look at the view and I thought that, despite everything, we had started off in the best way possible!

The bicycle got us from one volcano to the next in the first leg of our trip. After Antuco, we went to Lonquimay where we found good weather. We started our climb on the south face, and we were able to reach the top a few hours later. The view from the summit was magnificent. The other volcanoes awaiting us could be glimpsed lined up to the right, and Argentina – with its peaks – was to the left. And you could even ski inside the crater! Inside of me, all I could do was shout that nature is truly something spectacular.

The kilometres increased and the rain did not ease off. The torrid, rainy weather became a slight opponent for the planned stages of our itinerary and slowed down our journey towards the Sur. We had no choice but to accept it. Rain is the master of patience. It teaches us to stay calm and rediscover silence.

We finally reached another volcano: Osorno. We slept beneath a starry sky that I have rarely seen so crowded. The Milky Way above our heads looked so beautiful that it seemed like I had never seen it before. We put on our skins, impatient to climb, and everything seemed perfect. The sky was blue and the sun was shining, but a new friend was there to welcome us: the wind. We tried to go up anyway, but the more we skinned, the stronger the wind became. It was blowing hard and slapped us to the point that we had to take off the skins a few hundred metres from the top. At least we were able to enjoy the springtime descent in this lunar landscape.

Osorno was our last volcano and so we left the Norte behind us with the thought that it was marvellous putting on our skis in the middle of August, on the other side of the world, even if we didn’t find powder. We arrived in Puerto Montt, where one of the most beautiful highways in the world, the Carretera Austral, begins. Now our goal was to follow it to the very end. On this trip, the bicycle was not just a means of transport. It turned into a way of going inside ourselves.

It was winter, and Patagonia was certainly not hot and dry, but we travelled with only the gentle noise that our bikes made against the ground and the deafening silence of the carettera. It was hard to even find someplace to eat and sleep. So it was the kilometres between one pueblo and the next (made up of a few houses) that determined the length of the stages. Significant climbs came one after another. They improved both our physical (unintentionally) and mental shape. Our legs were screaming a few metres from the end of the ascent, and our heads silenced everything with a promise: don’t worry, it will all be worth it. And that’s the way it was. Every drop of sweat - because you can sweat even at 3°C - was matched by a view that was directly proportional to the exertion we had just expended. Every centimetre pedalled filled our gaze with amazing sights: lakes and dripping glaciers, volcanoes and frosty Patagonian fields, cities and pampas, lomo and curranto, condors and seals, without forgetting about the alpacas and, last but not least, the people, who could not have been any friendlier. Chile is smiling, intriguing and beautiful. Here, the only limit is the time you have to visit it.

They were already waiting for us at home and the reality for us was that our time was up and we had not achieved our goal. Thus, we were unable to finish the Carettera Austral.

I can’t say that it was easy. The Patagonian wind exists and it is strong, so much so that it makes the wind of the north seem silly by comparison. The rain also slowed everything down, considerably. The dirt roads went on forever. I experienced such strong and intense sensations on the bike that they almost frightened me with their sharpness. The seat became my comfort zone, where everything seemed much clearer.

Reasoning clearly, I think that ultimately it was a result of what we felt inside, enthralled by all of this nature, in perfect harmony with this land. “Let’s hope that this journey never ends”. I want to interpret this ending as a “you have to come back” that is written between the lines. 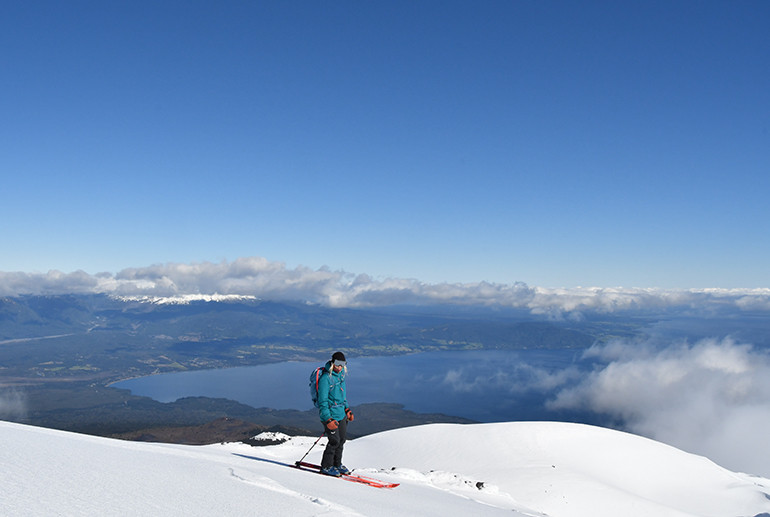 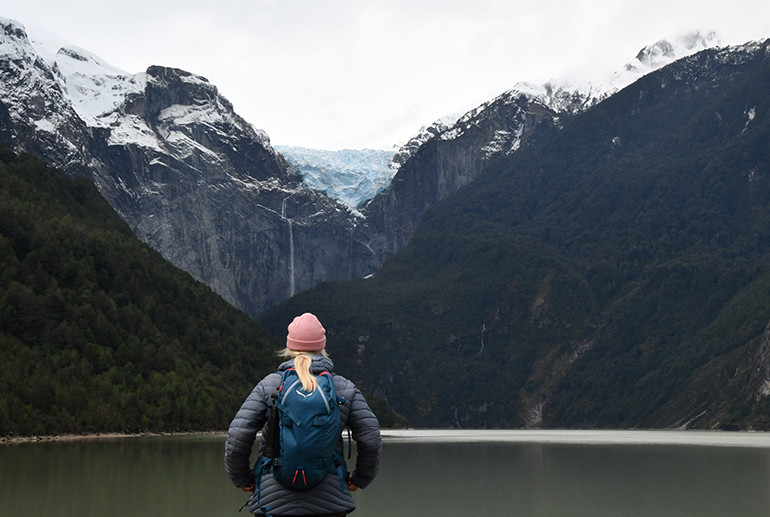 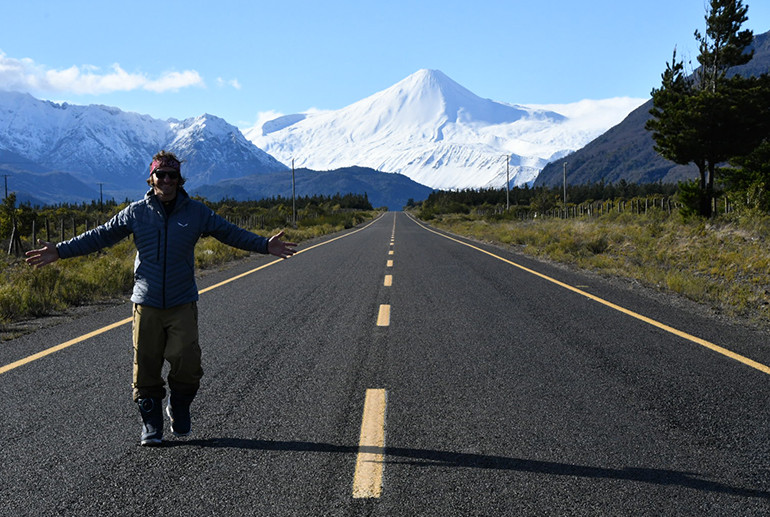 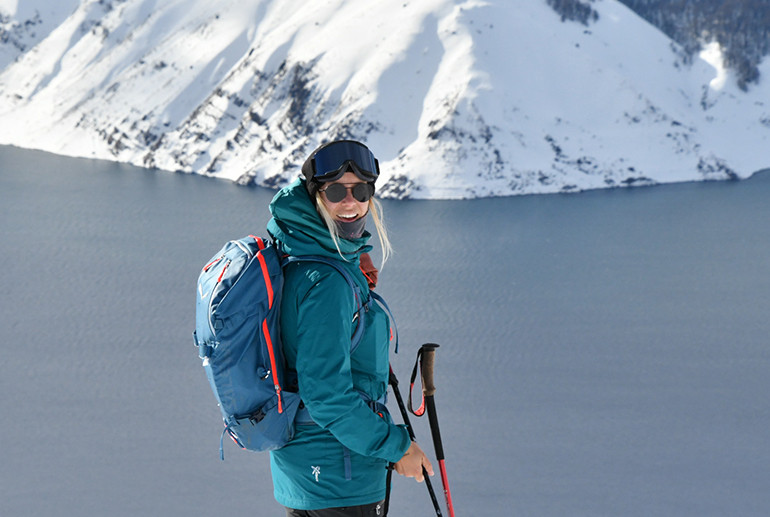 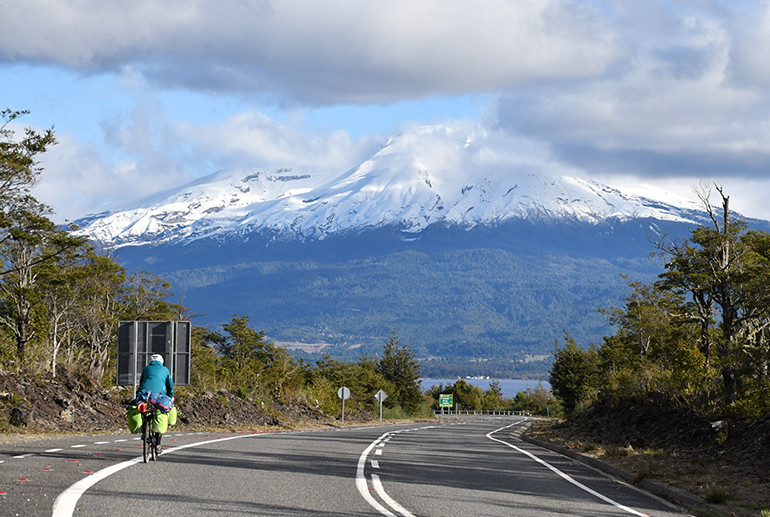