The New Bivouac On The Grossglockner Is Ready

The time has come! The Glockner bivouac as we knew it has, since last Friday, been history. Now a new bivouac box perches 3,205 metres above sea level, just below Austria’s highest peak, the Grossglockner. Mountaineers wanting to make the ascent from the north side can in emergency find shelter and safety in the bivouac, assembled in just a few days by a 12-strong team.

The old bivouac box, built in 1957, had become too small and was in need of renovation, says Peter Kapelari of the Austrian Alpine Club. Kapelari, head of the Club’s section responsible for huts, paths and mapping outlined the situation prior to the new construction: “The problems with the old bivouac were mainly caused by damage to the aluminium skin over the decades, while some of the beds were affected by mould”.

Local mountain guides, aware of the poor state of the old bivouac, had been pushing for several years to get the shelter renovated and expanded. “There was no table, nowhere to cook – and a lack of space, especially on days when conditions were good. The bivouac could only hold eight people in an emergency”, said Vittorio Messini, a mountain guide from Kals on the Grossglockner, at the beginning of the year when the decision to commence building was made. He has in recent weeks also been personally involved in both the planning and the new building work. He regarded the old bivouac box as unworthy of its location on this vast mountain and is very pleased with the new poly-bivouac, now almost complete, which is based on a model by Helmut Ohnmacht. The wind ensures unimpeded access to the octagonal bivouac box, which can normally offer room for 15 persons and more in an emergency.

Costs totalled 85,000 euros. We are delighted that, together with you and #SALEWA3000, we are contributing to the fact that our partner, the Alpine Club, has been able to renovate this vital shelter. And we are continuing to collect: “As #SALEWA3000 will keep going until 31 December 2020, every summit still counts and we hope to scale many more three-thousand metre peaks in the coming weeks and months”, says Christian Lutz, Marketing Manager Central Europe, who launched the three-thousand metre campaign. “We are very satisfied, as our #SALEWA3000 campaign, launched at the beginning of the year, has generated enormous enthusiasm in our community. Over 300 three-thousand metre peaks have been climbed to date – many of them several times” he continues. To date there have been more than 1,000 ascents, raising around 6,000 euros that will go to the Alpine Club for the new Glockner bivouac. 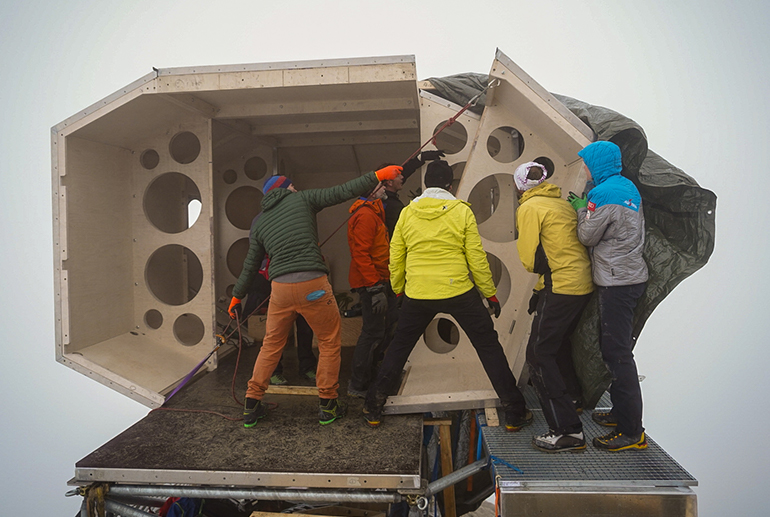 One particularly important aspect of the new bivouac box – made of prefabricated parts, all brought piece by piece up onto the Glockner by helicopter – was to achieve the smallest possible ecological footprint. “The box produces no emissions”, says Kapelari. Located in the midst of a nature reserve, the structure could also if desired be removed without leaving any trace. Visually too, it scarcely impinges on the natural landscape: “Weathering will cause the aluminium structure to turn grey over time”.

As both we and the Alpine Club have already made clear in previous contributions, bivouacs are not intended as romantic destinations. Peter Kapelari assumes that the “extreme climb” required means that only mountaineers with the Grossglockner in their sights will be staying there and, despite its impressive appearance and exposed location, he has no concerns regarding bivouac party tourists. “After a five-hour haul up, anyone is welcome to drink a bottle of wine if they’ve brought one with them, provided they take the empty bottle back down again”, Kapelari laughs.

We will be visiting the new bivouac in the next few weeks. It will provide us with shelter and safety during the ascent of the Grossglockner and serve as our “home” for one short night. Our thanks go to all those people whose great passion and idealism have gone into creating the new structure! 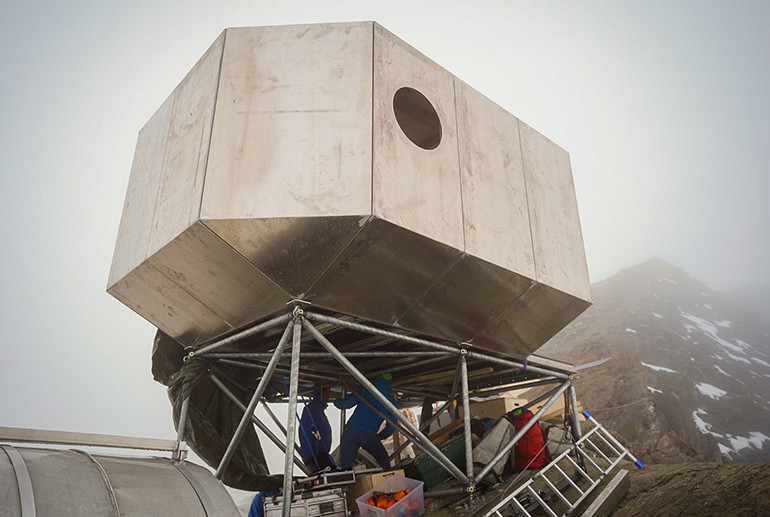 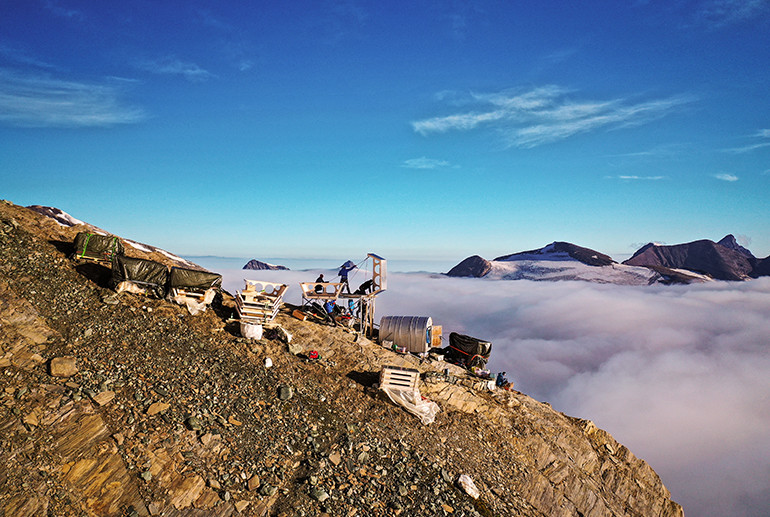 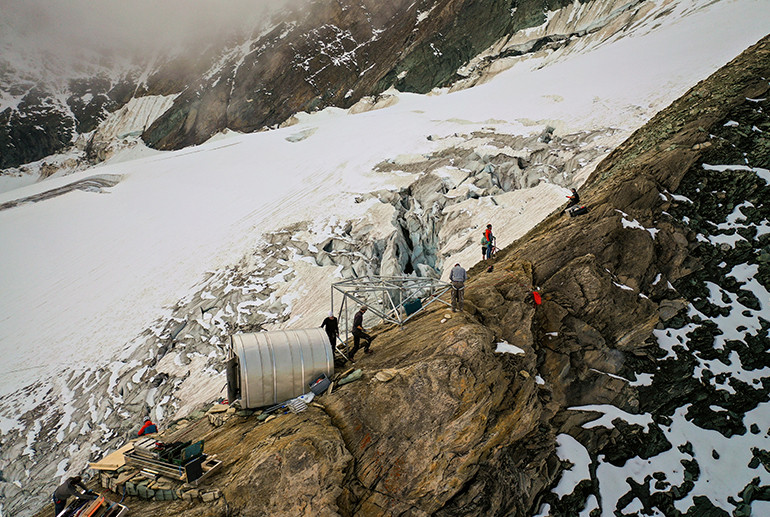