Our skin track topped the ridge expanding our view to a white crystal draped landscape. The snow cloaked the jagged mountains smoothing them into silky lines – ascents, descents, and unexplored peaks combining to transform a foreign landscape into the familiarity of exploring the mountains with friends.

We are a trio of mountain enthusiasts from North American now living in Europe. Claire is from Canada, Nik from Idaho, and I am from Colorado. Our homes are more often drawn by geological borders though than governing lines; The Sawtooths, The Canadian Rockies, The Alps, The Dolomites. Lines defined by eruption, erosion and tectonic plates. Historical events recorded in the common dialect of topographical maps. A language we would call upon for a few days of ski touring in Switzerland, as we sought out tiny villages new to us but long rumored to have great skiing and beautiful summits.

Our skis slid silently in the skin track far above Realp, a tiny village that sits in a valley at 1,538-meters where the winter road abruptly stops at the toe of towering peaks. With our breath still hanging in the crisp mountain air, we pointed our skis towards Schafbreg at 2,591-meters. Although not the original plan among these 3,000-meter giants we had been forced to bid our time and prove our patience. Ullr had gifted us with fresh snow but delivered the parcel with high winds and instability.

As the day worn on my mind oscillated from the cadence of skis to the harmonic silence of the mountains as we made a steady ascent. In the warmth of the noon sun, I paused for a moment in the skin track to shed the hood I had previously dawned to stave off the biting wind and unzipped my jacket vents. Looking out across the valley the distant peaks had begun to reveal their rugged faces, which had been cloaked behind heavy blankets of whites, greys, and blacks all morning. As my eyes followed our skin track up the last meters to the summit I saw Claire delicately kicking turns to the top of the mountain. Her steps landing gently in powdery snow as she caught Nik on the summit. It was clear that that bidding our time to prove patience and respect to nature was anything but a heavy punishment here. We had understood Ullr’s warnings, we had properly read the common dialect of the maps, and now all that lay before us and home was to harvest the fruit of our ascent; a descent with savory pockets of snow hidden amongst leeward ridges and tucked into the wind shadow of the looming giants.

As we leapfrogged our way in and out of safe zones the energy of sharing the foreign alpine with friends poured out of us in beaming smiles. And as I watched Nik and Claire dance gracefully down the mountain’s soft surface a feeling washed over me. Not an unfamiliar feeling, but one that came just a comfortingly as every time before. A feeling that in the mountains, with friends, no matter where you find yourself always provides a place of familiarity, a place of community, a commonplace of home. This feeling carried us on beyond our tired legs over the next few days as we chased snow from one tiny village to the next in the Swiss Alps. 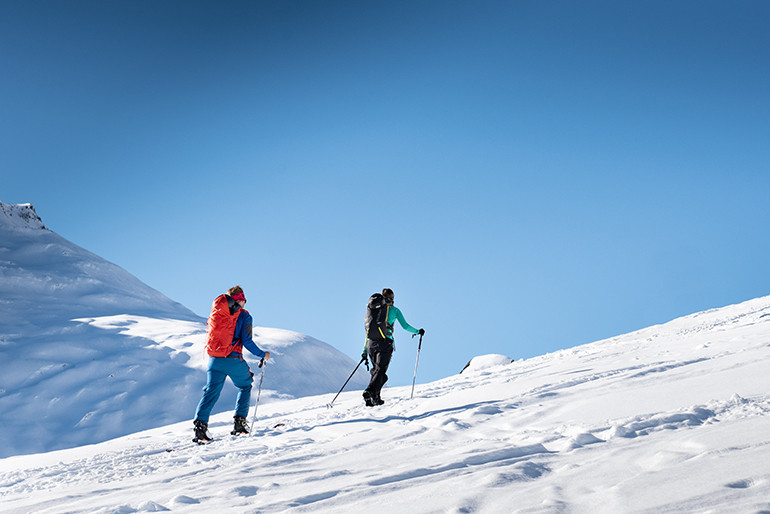 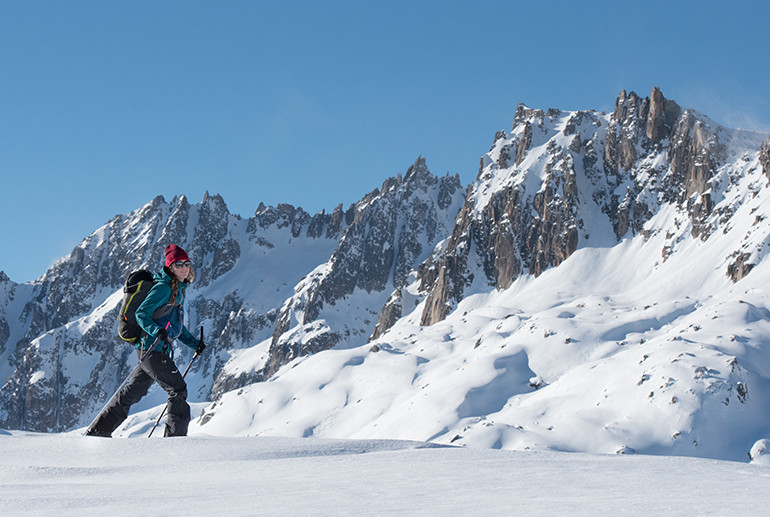 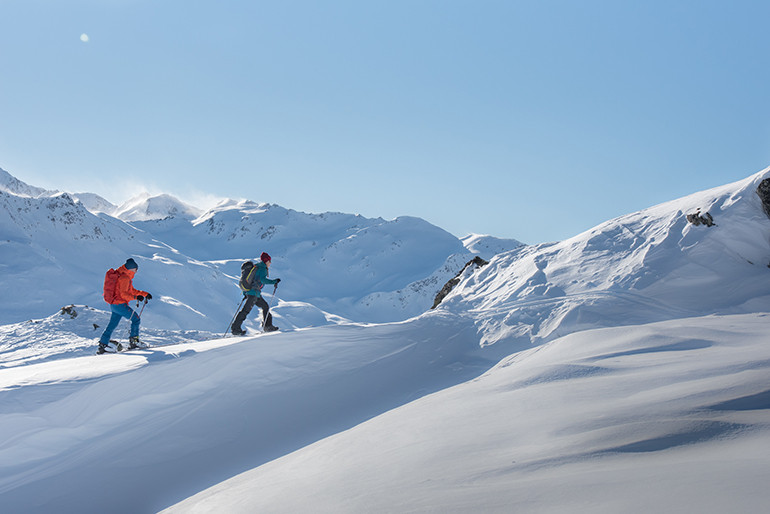