Competitors have to make their way by foot or paraglider across extreme terrain – racing 1,138km from Salzburg, Austria all the way to Monaco. This demands expert paragliding skills, extreme endurance and good tactical planning. Some of the competitors clock up over 100 kilometers a day carrying a paraglider on their backs, climbing thousands of altitude meters. 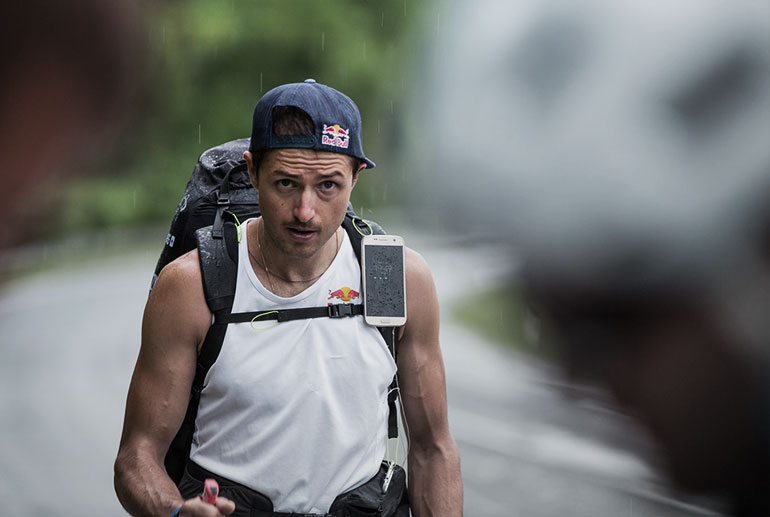 The 30 competitors have their every move followed by live tracking technology and broadcast to an audience of millions. The 2017 race covered seven turn points through seven countries. It started in Austria and headed through Slovenia, Germany, Switzerland, Italy and France.

SALEWA sponsors the professional athletes Aaron Durogati and Paul Guschlbauer. They say that flying is the key to winning the X-Alps and that thermals are everything. During the flying phases of the race, the competitors keep a sharp eye for the thermals that enable them to climb higher and fly further. This means reading the terrain to see where pockets of warm air are, or watching for birds of prey who also use the thermals. 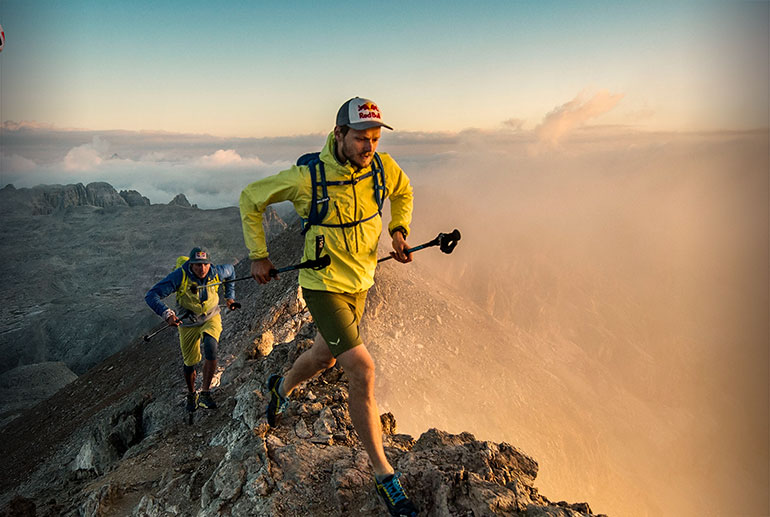 Paul says, “Red Bull X-Alps is just the ultimate race – flying, mountaineering, endurance and tactics all happening in the incredible playground of the Alps.”

Preparation is also important. Competitors get three months to study the route and putting in the preparation definitely makes a difference. And as they burn so many calories, getting the nutrition right is important for endurance too. Aaron says the athletes have to consume an immense number of calories – the equivalent of something like 1.5 kilos of pasta a day.

In the Tour de France, cyclists have their own team of chefs that cook meals drawn up by sports scientists and nutritionists and then sleep in a hotel bed. In the Red Bull X-Alps, athletes probably burn a similar amount of calories, if they’re lucky though, they get a (large) pan of cheesy pasta cooked by their trusty supporter on a camp stove and then sleep in a tent. The consequences of getting nutrition wrong can be pretty harsh – during his first Red Bull X-Alps, athlete Tom de Dorloot lost ten kilos in the first eleven days.

In the 2017 race, Aaron unfortunately had to withdraw 776km from the finish as he was having problems with his knee and didn’t want to risk further damage to his meniscus. Paul came in a magnificent third, having travelled a total of 2,438 kilometers (1,803 km flying and 635 km hiking) in 11 days, 23 hours and 23 minutes.

We wish both Aaron and Paul every bit of success and strong thermals for their future Red Bull X-Alps.