The Winners of the world’s greatest action and adventure sports imagery contest have been unveiled at a spectacular Winner Award Ceremony in the LUMEN Museum atop Plan de Corones in South Tyrol, Italy.

The world’s greatest action and adventure photographers from every side of the world gathered at 2,275m / 7.464 ft. high in the LUMEN – Museum of Mountain Photography in Italy on November, 20 to celebrate the Red Bull Illume Image Quest 2019. The Overall Winner, 11 Category Winners, and Top 60 finalist images were unveiled at the Winner Award Ceremony.

Taking home the grand title of Overall Winner this year is Ben Thouard with his mind-bending underwater image of athlete Ace Buchan surfing in Teahupo’o, Tahiti, in French Polynesia. His winning image received an outstanding number of votes by the judging panel, which consisted of 50 excellent photo editors and digital experts.

Once the big announcements concluded all the award-winning photographers had the opportunity to see their images on display, illuminated on 2mx2m lightboxes at the opening of the Red Bull Illume Exhibit Tour 2019 outside of the LUMEN. All the way from the top of the mountain, the exhibition will travel down into the magical valley of Bruneck, South Tyrol, Italy. Parallel to that, the exhibition will be held at the unique architectural work of art – Hangar-7, Salzburg, Austria.

The photos exhibited will be the Top 60 images, which will include the 11 Category Winners and the Overall Winner.
That’s not all! This year’s partners SanDisk and Salewa each had their own trophy to give away. The first ever recipient of the SankDisk Extreme trophy is Philip Platzer, Austria. The next trophy, presented by Salewa, was for Best Mountain Sports Image which was awarded to Kamil Sustiak, Australia.

More about the Salewa Award
What is behind the Salewa’s BEST MOUNTAIN SPORTS IMAGE trophy? Well, the prize is not only a trophy, in fact Salewa will give Kamil Sustiak the possibility to shoot one of Salewa’s campaigns next year. Kamil is an avid climber, originally from Czech Republic, he had already visited the Dolomites and climbed many trad routes there. The photographer is very stocked about the collaboration and is looking forward to visit South Tyrol again and get in closer contact with the company values and atmosphere. 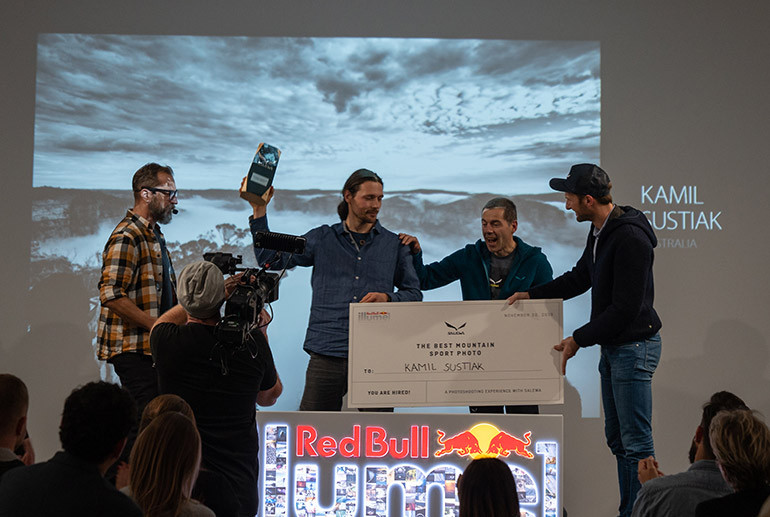 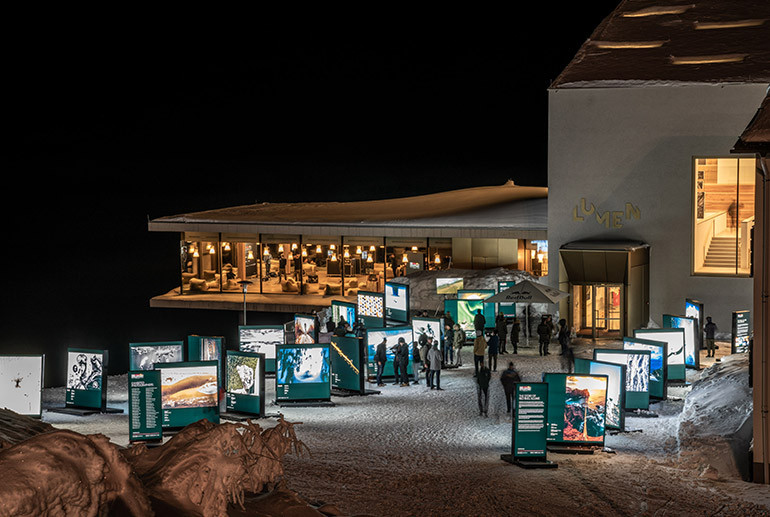 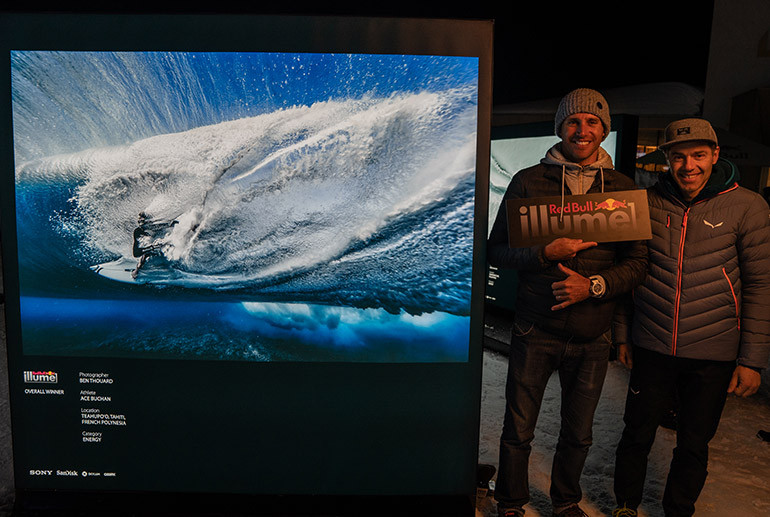