THE WOMAN WHO WALKED THROUGH TIME

In the summer of 2019 Zelzin Aketzalli became the first Mexican Citizen to complete the thru-hiking Triple Crown in North America. Hiking over 8,000 miles in three years, she has rightfully earned the nickname “El Jefe” (the boss) and she is only just getting started. This spring she begins on an even greater route called The Great Western Loop – a 7,000-mile trail completed in one push across the Western United States. We were fortunate to catch up with her on the trail in Colorado when she passed through Rocky Mountain National Park last summer.

How did you discover thru-hiking and how was the experience on your first trail?

I decided to take on a challenging adventure after I finished my university degree and at that time, I discovered the Pacific Crest Trail on a trip to California while racing mountain bikes. It immediately caught my attention as something extraordinary and I was determined to give it a try. Preparing for the trail was very challenging as there is little information available for Spanish speakers about planning and I did not speak any English at the time. I was also confronted with a lot of doubt from my colleagues in Mexico, as there is still a very traditional family structure in place such that women are not encouraged to leave home on grand adventures. A lot of people told me I wouldn’t be successful, that I would be turned back, that I wouldn’t make it - so I naturally came to the beginning of the trail with doubt in my head. Truthfully, I came to the United States with so many scars. My experience of course was very different. I grew as a person on the trail in so many ways, and in this growth, I discovered a love for thru hiking. In America I discovered a lot of optimism and encouragement for my personal objectives. For the first time people would tell me “yes you can” rather than “no you cannot”.

What were some specific challenges you overcame on the Pacific Crest Trail?

There were several. The Pacific Crest Trail was a trail of many firsts for me. As previously mentioned, I spoke little to no English at the beginning of the trail, so communication was very hard at first, but I received plenty of practice speaking with fellow hikers and learned rather quickly. It turns out that hiking 30 miles every day with native English speakers is a pretty decent way to pick up a language!

This was also my first time ever backpacking so I started off with improper equipment and carried a heavy load on my back. I did not know that specialty equipment existed. My first backpack was essentially a duffle bag with backpack straps on it, more akin to a travel bag not intended for sustained backcountry use. The sores on my back and shoulders were impressive from the poor fit of the pack and it wasn’t before long that I was in a different pack. Once again, there is little information available to Spanish speakers about hiking on these trails. I went onto the trail considerably ill-prepared.

I also had many intense encounters with wildlife, river crossings, and snow-covered mountain passes. All of these encounters were new to me and frightening at first. In my hometown of Mexico City, the large wildlife has been widely eradicated and there is an associated hysteria about the dangers of wild animals like bears. This fear comes from a place of unknowing and a lack of first-hand experience. Before setting out on the trail I was convinced that I would be attacked by bears. After several encounters with bears my fears were absolved and it turns out that they are actually quite scared of humans.

Now that you have completed the triple crown, finishing all three trails, which is your favorite and what are the most notable differences between the trails?

This is always a tough question, as they are each unique in their own ways. If I had to choose a favorite I think it would be The Pacific Crest Trail as I think it has the most varied scenery, it has the best kept trail out of the three, and it was my first thru-hike. I really liked the Continental Divide Trail for the amazing beauty, but I didn’t like the stretches of trail that overlapped on roads and highways.

The Appalachian Trail was great too, but it was very rainy the year I hiked it. I ended up hiking the trail in 100 days which is a pretty fast time, and I think that had to do with the amount of rain. I found myself hiking quite a bit with my head down amidst the rainstorms and that is a very easy way to blow past mile-markers without keeping track of distance. You could say I was pretty determined to complete the trail. Overall, I thought the AT was surprisingly challenging given the amount of steep, rocky, and slippery terrain.

What do you want to accomplish next?

This summer I will attempt perhaps the most challenging thru-hike in the world which only two other people have completed – The Great Western Loop. This trail connects five long-distance hikes together into one, creating a 7,000-mile trail across the Western United States. I will need to hike at least 35 to 40 miles per day to complete the trail and if I finish, I will become the first female to do so, as well as the first person of color.

Aside from hiking more trails I want to help expand opportunities and awareness in Mexico about outdoor recreation. There are so many barriers for recreation in Mexico, especially for women, but we have some amazing wilderness areas that are underutilized. I would love one day to help develop a long trail system in Mexico. Ultimately, I hope to be a source of inspiration in both my home country and the United States, to push limits and challenge conventions. I want others to feel the freedom that I found on the trails of America. 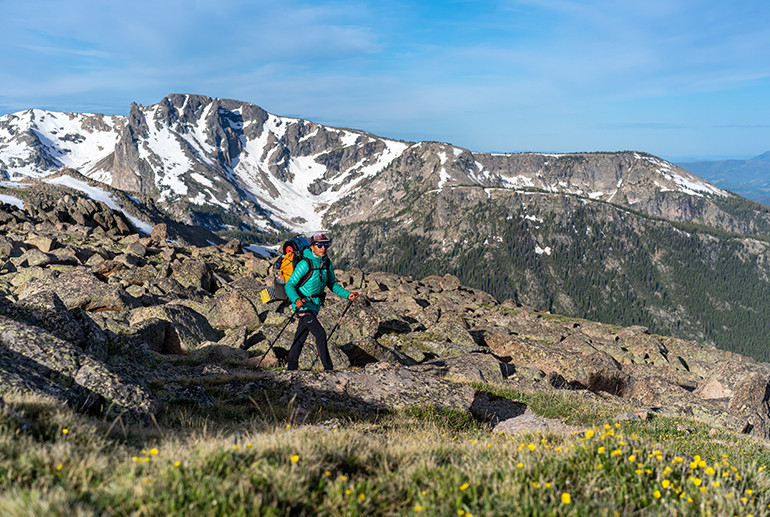 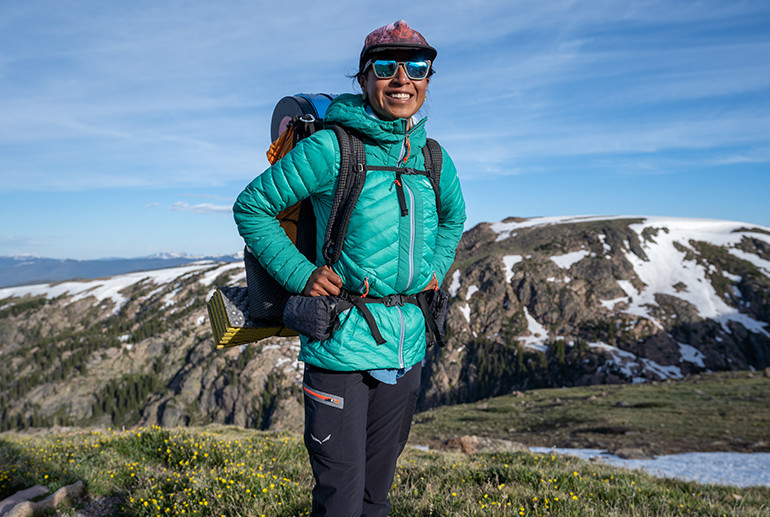