Simon, Reinhold Messner’s 28 year-old son, is the latest addition to the Salewa team. The young South Tyrolese mountaineer and film maker was officially presented during the press conference of the Bivacco artistic project, which saw the Günther Messner bivouac transformed into an artistic installation brought to the island of San Servolo.

Simon Messner - as he himself says - is a “latecomer”. He started climbing and mountaineering at the age of 16. As he says today, perhaps this is due to his family environment. “The subject of mountains has always been highly present in our family. It was an almost daily topic, and so too natural to be of interest to me,” he recalls. The situation quickly changed, however, when he discovered mountaineering and climbing. From then on, he has been able to repeat many rock and ice routes and make his first climbs in Oman, Jordan, Pakistan, the Alps as well in his home mountains, the Dolomites.

“I don’t feel like an athlete. I consider myself half-mountaineer, half-film maker, but above all I’m a mountain person,” Simon explained. “With Salewa, I feel at ease, because it is a company made up of mountain people like me who know what you need in the mountains. What I have really appreciated about Salewa is its commitment to sustainability and the Tyrolese sheep wool recycling project. I look after two farmsteads owned by my father, so I am aware of the difficulties that mountain farmers and breeders face. The farmstead where we make wine supports itself economically, but the one in the mountains where we raise sheep is very hard to maintain. So I l really like Salewa’s idea of working with the wool that comes from the Tyrolese sheep in our region, because it gives an opportunity to the mountain breeders.”

For Simon, the style in which a route is opened up is at least as important as the climb itself. He leaves behind as little material as possible, and prefers to go into remote areas and routes. In his opinion, this is the key to a successful expedition. The South Tyrolese company is also sensitive to this mountaineering philosophy.
“Salewa is a mountain company that thinks in terms of generations,” explained Stefan Rainer, general manager of the South Tyrolese brand. “Our relationship with the Messner family holds an important place in our history. Salewa and Reinhold Messner worked directly together to develop materials for his first expeditions. That’s why today I am very happy that Simon has decided to join us, to help us understand and develop the new expression of mountaineering for his generation.”

Simon Messner’s official presentation took place in an unusual location, on Venice’s San Servolo island. The occasion was the conference organised to unveil Bivacco, a project by the ArtintheAlps association, to the press. Designed by the artist Hannes Egger on the centenary of the signing of the Saint-Germain treaty, which divided the Tyrol and gave Italy South Tyrol and Trentino, the project obtained use of the bivouac named after Günther Messner, which Reinhold had built in 1972 in memory of his brother who had died on the Naga Parbat. The structure was first transported to Lana to be restored by the same craftsman who had built it 50 years ago. It was subsequently transferred to San Servolo to coincide with the Venice Art Biennale. The Biennale hosted the works of seven South Tyrolese artists who interpreted the subject, reflecting upon the dual physical and representative theme of the bivouac.
Firstly there is the physical level, with works created to interact with the architecture, materials, function and limited space of the bivouac’s physical structure in order to both complete it and redefine it. The second level represents the meanings that Bivacco sets out to convey, as a shelter and a stop-over point, one that welcomes, offers exchange and surpasses boundaries. A keyless place that is always open, where unknown people have to find a way to interact, even if it means overcoming their own limitations. A place where unexpected alliances between roped climbers are forged, where some have spent the night before memorable climbs, and others have just spent their last.

The event on San Servolo was also the first time that Simon had the chance to see the bivouac named after his uncle Günther in its new temporary venue, alongside the seven works of art. “When they initially spoke to me about this project about a year ago, I thought that it was a wonderful idea but also very difficult to bring about” Simon explained. “It is great to be here today and to finally see it all come together.”
In October, Bivacco will be transported to Bolzano in front of the Salewa headquarters, where it can be visited, before reaching its final destination in Plan de Corones. 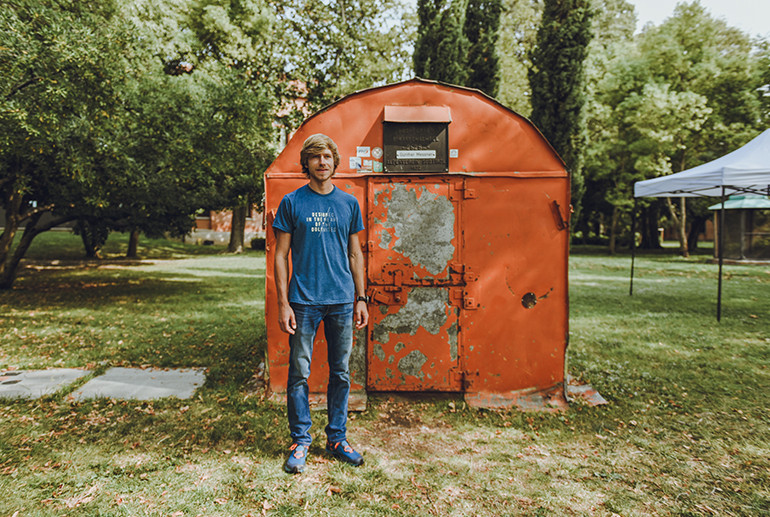 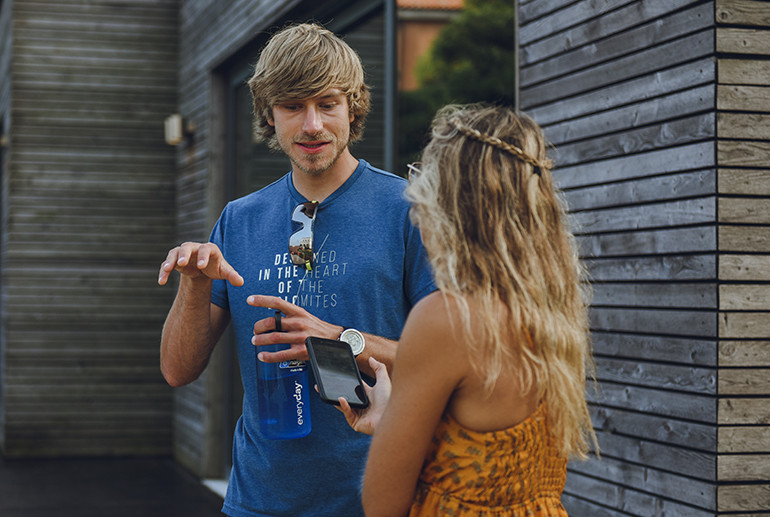 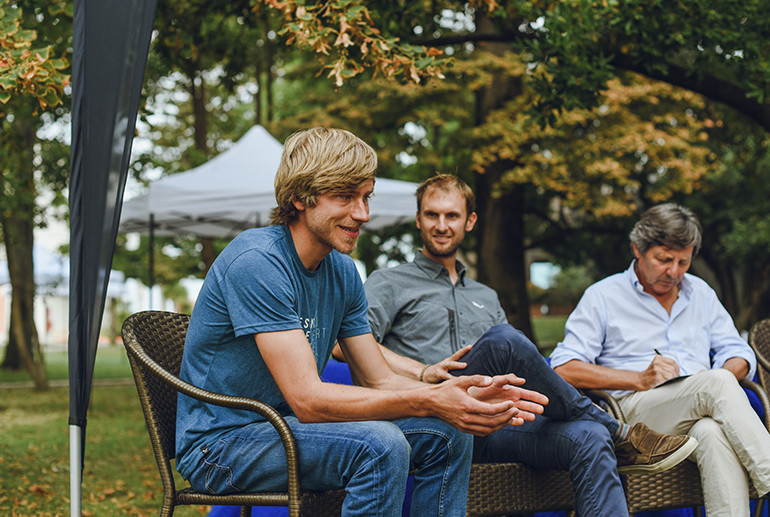