HOME IS AN ATMOSPHERE

The question isn't "where is home?" The question is "what is home?" Sometimes you need to go far to understand it. Simon Messner found his answers in Pakistan, alone, on Geshot Peak.

A silent mantra
Simon counts the steps, one after the other, rock after rock, serac after serac, focusing on not wasting any energy. It's dark. That black, dense darkness that you only find in the remotest places on earth, where there are no cities with their yellowish glow on the horizon. Simon focuses on the numbers, pinging in his head. Yet underneath the rumbling barrage, there's something else. There's that phrase – ingrained, obsessive, like a refrain or a mantra. "Home isn't a place. Home is an atmosphere."

"One, two, three, four..." Simon counts, his legs submerged to the knees in the snow of Geshot Peak. “Another 96 steps, and then I can rest for a moment."

A story that begins a long time ago
The year is 1970. If someone was looking at the Rupal Face of Nanga Parbat, they'd see two tiny human figures on the imposing expanse of rock and ice. If someone was listening, they'd hear two brothers talking about mountains. Not the one they're clinging to. But other, smaller mountains to the west.

"Hey, Reinhold," Günther says. "Have you seen that group of peaks over there? Where there are always clouds?" Reinhold nods, shielding his eyes from the sun’s glare in the crystal-clear air. "Of course, Günther. I'd have to check the map because I'm not sure, but I think it's Geshot Peak." Günther repeats the name, making it roll between his teeth, savouring the sound. "Geshot Peak. It's really beautiful, isn't it? Perhaps we should stop by sometime."

A family affair
Simon takes a breather, trying to recover a bit of energy. There isn't a lot left of the 6,200 metres to the summit. The sun has begun to tinge the still-motionless snow pink: he must hurry. The snow won't be still for much longer. He needs to be quick so that conditions don’t worsen during the demanding descent. Simon gets to his feet, shifting his gaze to the east, where the sun will soon begin to cross the sky: there, near Nanga Parbat, the mountain that has left such an indelible mark on his family's history.

If you were raised on stories of mountaineering feats, then you can't help but be moved by the unfortunate tale of Günther and Reinhold Messner. Especially if Günther was your uncle and Reinhold is your father. You're connected to the story, a story that also belongs to you. "Home isn't a place..." Simon contemplates once again, one step after the other. "Home is an atmosphere." 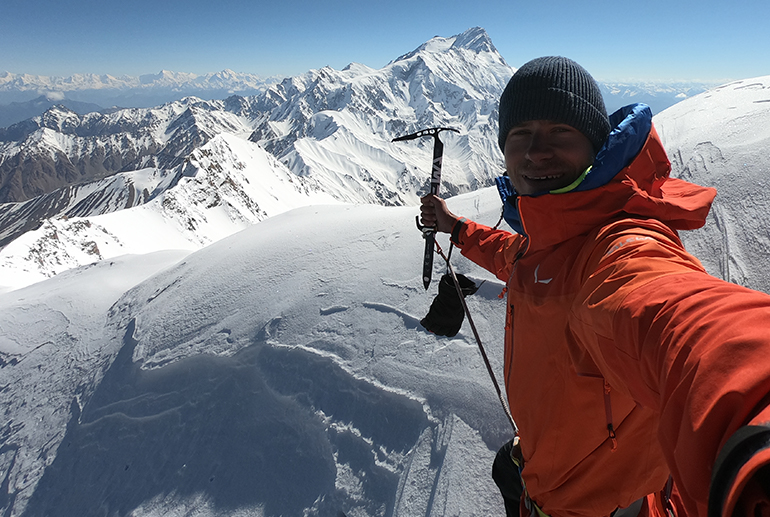 At the summit, you descend
It's 9:30 and the morning sun shines in a sky so rarefied it looks almost black. Simon is at the top of Geshot Peak, completely alone. Five minutes – just enough time to look around – and then it's time to make the descent. After all, all you can do at the summit is descend: first into yourself, and then to base camp. First in the sense of going to the mountains, and then away from the mountain. And "descending" is a delicate operation in every sense of the word, requiring awareness, attention and concentration.

Simon Messner looks east, and back in time. "It's taken 40 years," he whispers to the wind, "but in a certain sense, you've finally got here."

It's time to descend, this time in the physical sense. Step by step, they all become more distant: the summit, the thin air and the poignant and frightening beauty of the seracs. They give way to rock, dust, then some sparse, hardy blades of grass. The wind begins to bring the sound of voices, footsteps, maybe even songs.

At first, Simon doesn't get it. Someone places a necklace of flowers around his neck, someone offers him tea and food, and many insist on shaking his hand. A few words in unlikely English unravel the mystery: this is the first time that someone has climbed "their" mountain, their home mountain. This is the event that those festive faces wish to celebrate. 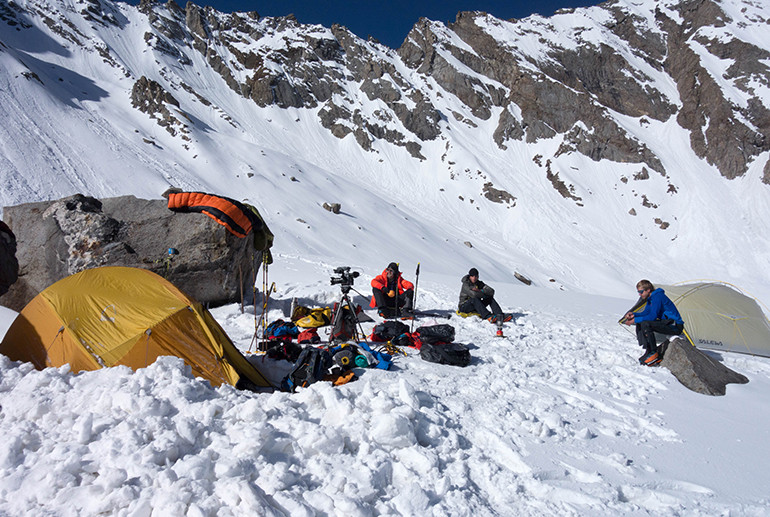 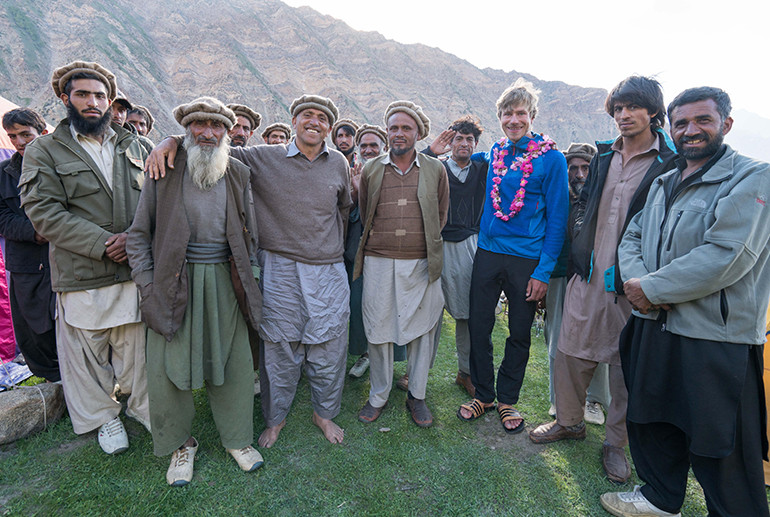 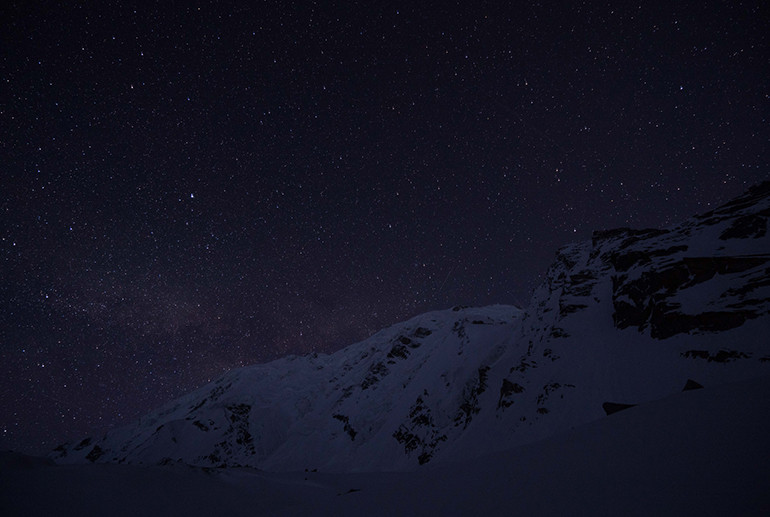