"How do you spell it? I can't find it on Google Maps..." this was the recurring question from all of the friends and acquaintances to whom I had spoken about my Greenland adventure with Federica Mingolla. Other questions included: "But isn't it all covered in ice?", "what mountains do they have there?", "can you climb it?” and “what do you want to do there?". No one had any experience or memories to share about this island that borders the great North. Not even the people who had been smoke jumpers in Canada in their time. No one was exactly bowled over by this project. At the same time, I must admit that my responses weren't overly convincing either. I made a lot of excuses to avoid admitting that we had very little time to prepare and that there was loads to do, including flights to buy, and bags to weigh, pack and unpack.

Finally...3,2,1...and we're off! Without too many worries about tomorrow. A three-day journey: plane, helicopter, boat and crutches were all required to get to the Tasermiut Fjord (that's how you spell it). The crutches - which will be an important part of this story - were due to a difficult heel injury caused by a fall from a boulder in Valsavaranche. In the end, not even crutches could get in the way of this trip.

Tasermiut Fjord: a wild and stunning place that is completely isolated. The first day seemed to last as long as the entire first month of our adventure. Untouched nature and fairytale landscapes. No buildings to interrupt your view and a striking silence. It took a few repeated routes with inexistent connections to understand what we were facing, along with chats with the few people who had reached those latitudes to savour the spirit of this green land that left the Vikings so amazed. In fact, perhaps the secret of this Northern land lies in the fact that it is not you that conquers it, but it that conquers you, all the while you arrive only to where it lets you. Of course, it uses the sneakiest and toughest methods to do that. It takes it time, masterfully balancing the promises it has made with its priceless horizons, which you can only dream of getting close to, along with realities made up of brutally wild settings, defended by weather conditions that are at once beautiful and unbearable. Weather conditions which destroy you and stoke your desire to continue moving forward, yet eat away at everything you have brought along with you from your previous life.
Nothing is wasted: everything comes back and surprises you. From the endless approaches, to the forced breaks due to bad weather, from the rock that sands your fingers and shoes, to the foxes that come to pick over the leftovers from the fish you have caught. In this setting, even the rare chatter in the obscurest of languages seem strange, like an Esperanto of gestures (what a great invention!), with the few human beings that you encounter, sharing your freeze-dried foods, fresh food, warm water (which is not to be wasted for useless washing) and alcohol (which helps a lot in losing your inhibitions when having discussions in foreign languages). And you realise that all this has helped you in your journey that took you to the base of Nalumasortoq, to its striking, stunning and never-tackled southern face (and today I presume there is a reason why).

The nights get longer, the cold becomes more intense and the walls often repel us. Windows of good weather are few and far between, the endless treks with donkey-worthy loads on our backs, uncomfortable nights spent in portaledges. Obliterated calves, endless complications in setting up our protective gear and the lashing wind that keeps you awake in your tent. The reflection of your own tiredness in the eyes of the person you are travelling with. The image of a strong person determined to finish the route, who never gives up, putting up with poor personal hygiene on the long days spent on the wall and the short nights spent snoring in the restricted space shared with your materials and gear. Only the picture depicting the jubilation felt at the top, following eight days spent tied to one another, can convey the magnitude of satisfaction, tension, exertion and tiredness that you share.
What remains of this adventure - besides the photographs of our "conquest", of the walls, panoramas, dawns, sunsets and the Aurora Borealis that repaid our sleepless nights - is the knowledge that I took part in an undertaking that has allowed me to get to know environments and people that are poles apart. From the people who travel to those places to embark on luxury hikes and the ones who survive there amidst poverty and solitude. Then there are those who stay attached to excess, because they may need it on their next trip. And we shouldn’t forget those who offer you their dinner just for the pure joy of sharing. It's lovely to remember the days spent playing "Belote" with our French friends, those spent cooking with the Italians who joined us, or with the American paleontologists visiting this corner of the world. Those days spent with the Swiss photographers, and with the fisherman who gave me his hat when we met and with whom there was "chat" in "Greenlandic", without either party owing anything to or expecting anything in return. 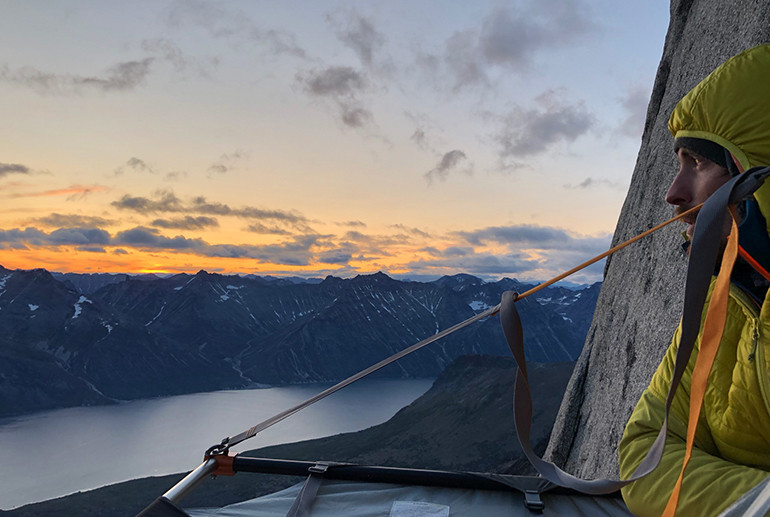 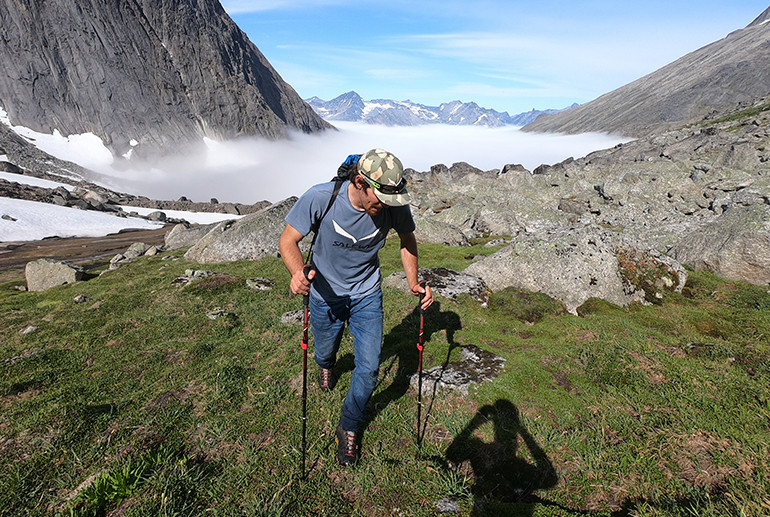 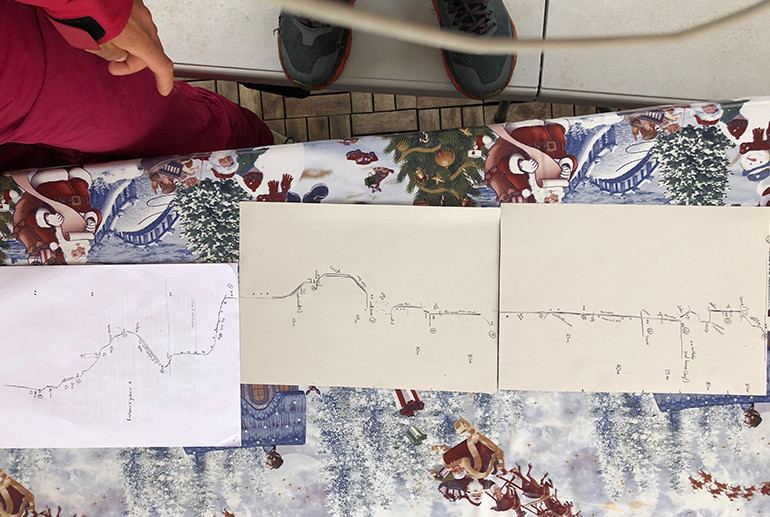 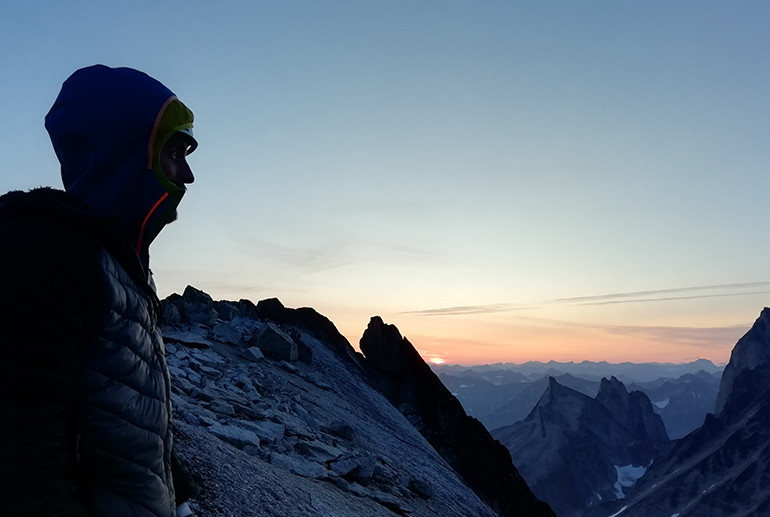